Agents may have a bit of explaining to do this week after the federal government has announced that it will be requiring the identities of cash buyers for luxury properties in Miami and New York City.

The Treasury Department, concerned about money-laundering in luxury real estate, has put a call out for title companies to identify the people behind cash-paying companies that buy high-end, residential real estate, as reported in the New York Times.

“We are seeking to understand the risk that corrupt foreign officials, or transnational criminals, may be using premium U.S. real estate to secretly invest millions in dirty money,” said the Financial Crimes Enforcement Network Jennifer Shasky Calvery in a press release. The order covers 180 days, beginning March 1, 2016, and valid through August 27, 2016.

The response from agents in Miami and New York City is that it might give buyers slight pause, but they will find a way around things. Other areas like the Sarasota / Bradenton area are currently not affected.

Sarasota and Manatee County not affected at this point

Bea Weiss, German Attorney and partner with Sea to Sky Realty in Bradenton / Sarasota said: “As an agent, I might have to be more inquisitive; I might have to ask a few more questions of my clients. However, as an attorney myself, we have always been working with the highest level of privacy for our clients.” 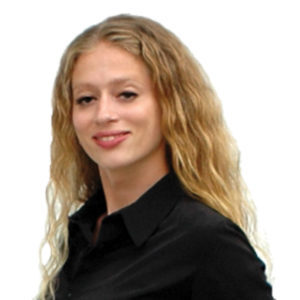 Bea Weiss said that her cash buyers were both international and domestic and were often buying in cash simply for speed of transaction. She could normally trace the source of the funds. Especially with buyers from Europe, there is most of times not an issue about the legitimacy of funds. It is more a question of privacy against neighbors, partners and such.

“My clients are not showing up with a pile of cash,” she said.

They were often buying luxury properties through LLCs (limited liability corporations) or trusts for estate planning or legitimate privacy purposes, not to obscure who they were.

“I think if buyers are doing it for privacy purposes, (these restrictions) should not be a concern,” she said.

She was not surprised that New York City and Miami-Dade had been chosen first. “Based on the flow of foreign capital, it makes sense to me,” she said. Especially when sourced from South America or former USSR, sources can not be vetted like in Europa or North America.

On the whole, Weiss sees more buyers — 40 percent of whom are international, and many of them cash buyers — moving to other markets. As she put it: “People buy in Florida because you like Florida. There’s nothing like Florida.”

The top agent and attorney said she usually knows her buyers. My job as a real estate professional is to get the deals done and close the deals for the client,” she said.

“Now it will just be a matter of them changing their systems so they still can’t be identified,” she predicted. “There could be a pause when something like this comes out. I don’t think it will necessarily stop people from buying in Florida, it will just move them towards our area. They will just be a bit more strategic on how they are going to go about it.”

Axel Weiss, Broker with Sea to Sky Realty and Bea’s partner, also wondered why California hadn’t been included in the new regulations. “We have strong ties to California as well and have a bunch of agents there we are referring clients to. California agents were asking themselves the same thing.”

Much more important than formal privacy, is privacy within the entities involved. We feel, the smaller the real estate brokerage, the lesser people are involved in any transaction, thus reducing the potential for privacy leaks. In many cases, not just limited to the multi-million dollar market, we can give helpful advice how to protect privacy. Just check the local newspapers and you will find which companies do not respect privacy.

We are working with several well-known people, but that information will not be used for advertising purposes. That is our secret.

In addition, we have an active licensed real estate subsidiary, which by purpose, is not a member of the local board of realtors. So their broad reporting rules do not apply. Neither to this subsidiary nor the transactions itself. Even more, Bea Weiss, as a German Attorney is used to handling confidential information by profession. Any transaction can be handled in the way the customer wants it – within legal limits. Local real estate attorneys are on stand-by when needed to advise specifically.

Of course, we will obey the law and report to authorities when required by law. However, if there is no such law, anybody who wants information needs to subpoena us before any information is released. And then our legal counsel will take over and fight.

Once information is released, it cannot be taken back in times of internet. So we prefer the German way of privacy for our clients.

We would like to hear from you. Just give us some info and we'll be in touch shortly...