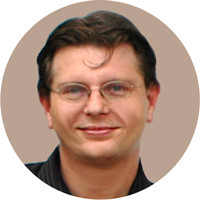 My name is Axel Weiss and I have been in international investments since the early 1990s. At that time I was pursuing my MBA at the University of Bayreuth, Germany with a focus on international real estate and taxation. I founded and successfully sold several businesses during in the mid to late 1990s in good old Germany. During my studies at the University of Bayreuth, I had the opportunity to also spend time in Berkeley, CA, Miami, FL and Nice, France for research.

Over the following 15-years, I was working closely with many of the largest investment firms all over the world. I used to run two (some say pretty) successful companies at that time dealing with the new developing internet. At the age of 26, I was selected as one of the youngest new economy advisers for the current German Secretary of Finance Wolfgang Schäuble (CDU). 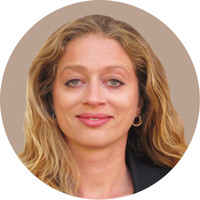 is dedicated to helping her clients find their own piece of paradise. She holds both L.L.M. and J.D. law degrees and is admitted to the German Bar as well as a licensed Florida Real Estate Consultant. She decided to concentrate on supporting people to make their dream become reality, instead of watching other people fight in court as an Attorney or Judge in Germany. Her knowledge in various local and global legal systems provides the basis for smooth deals from the beginning to closing and many times thereafter.

On a personal note:

We have been involved in the Bradenton and Anna Maria Island real estate market for more than 20 years. We are living near the Manatee River in Northwest Bradenton along historic Riverview Boulevard. We both graduated from Germany’s well respected University of Bayreuth (the City is known for Richard Wagner’s classical Operas), are soccer fans (cheering for both American and German teams – the world’s champions) and enjoy living the American Dream. We both share our enjoyment for classic European (Porsche & Mercedes-Benz) and classic American automobiles but still love to visit Germany and friends each year. 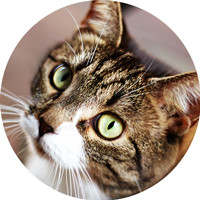 This is “Mimi”, our Real Estate company cat. She usually supervises all the negotiations, listing appointments and such – and with her “ok”, any deal will fly. Mimi called us one day from the local shelter here in Bradenton and decided to move in. She spent all her life in Manatee County, and is a graduate of the Manatee County-Cat-Community-College with a major in French culinary arts.