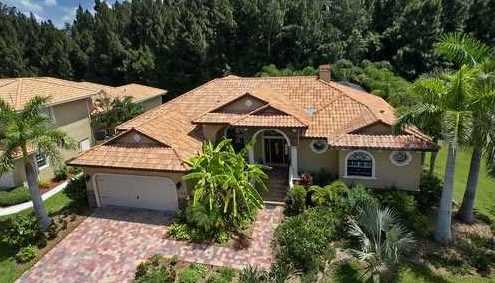 The Canadian newspaper “The Globe and Mail” says it is time to buy a Florida home. Florida turned a corner and Real Estate is heading back up. International investors must “jump fast if they want to take advantage” of it.

Hey aspiring snowbirds: The Florida housing market could be rebounding

Florida is known for its amusement parks, but no white-knuckle ride has been quite like the last real estate cycle. From 2004 to 2007, Florida experienced one of the biggest property booms in America. Lax lending policies coupled with borrower greed led to massive growth in a relatively short period of time. Despite the meteoric rise in prices, many believed the market couldn’t fall. But when the U.S. market imploded, Florida was one of the first states to crash. And, like the rest of the country, many watched helplessly as prices and demand plunged.

As ‘Foreclosure’ and ‘For Sale’ signs popped up like weeds, many Canadians – retired snowbirds and keen investors alike – started taking interest. Florida prices plunged more than 40 per cent peak-to-trough on the FHFA Index and top destinations such as Orlando experienced a 56 per cent drop in prices from an average $258,000 (U.S.) at the peak, down to $113,400 in 2011. Rock bottom prices and a high exchange rate made purchasing U.S. property an attractive proposition for northern neighbours. According to the National Association of Realtors, nearly a quarter of home sales in the 12 months ending in March 2012 were by Canadians.

Times, however, are changing. A 2012 report from BMO indicates that while the housing market in Florida is relatively stressed, the worst is over. “Florida was one of the epicentres of the housing bubble-bust cycle, but there are mounting signs that a recovery is under way,” it said.

Economists indicate that the Florida economy is recovering at a modest pace with real GDP expected to grow 1.9 per cent in 2013.

Unemployment is trending down, but it is still an above-average 8.7 per cent. Certain pockets of the housing market are showing promise, with prices in Miami and Tampa bouncing up 9 per cent from their late-2011 lows. Another positive sign is a reduction in the supply of homes. Property market expert and owner of The Pink Flamingo, Erica Muller, indicates inventory has diminished by more than 50 per cent.

“We are seeing bidding wars and multiple offers on almost every property. As long as a home is not overpriced, we are seeing it sell within the first week of listing and sometimes it’s sold before it even hits the public MLS. Building starts are up and more and more people are paying builder prices for a new home due to the lack of inventory available.”

However, it should be noted that the foreclosure rate is still the highest in the U.S. at 13.7 per cent.

“Overall, Florida’s housing market is one of the most stressed (second of 50) in the country, behind Nevada, but a draw down in inventories and upward price momentum are positive indications that the worst is over,” states BMO.

While this might be the beginning of the end for Florida’s negative market cycle, Florida Home Finders of Canada vice president Brian Ellis, says it’s not too late for Canadians looking to buy.

“Most savvy real estate investors will tell you the best time to buy is just when the market has turned a corner and is starting to go up – and that’s where Florida is now,” Ellis says.

All of the factors that have made U.S. property an attractive real estate proposition still hold true; Florida real estate prices are low, the Canadian dollar is strong, and low interest rates at home make it easier for Canadians to equity out of their home and put cash down on a U.S. property. The only drawback to the Florida market, says Ellis, is that this situation will not last forever.

While factors that make buying south of the border attractive to Canadians can apply to several states in the lower 49th, investment experts argue Florida has unique economic advantages that set it apart from other destinations. According to Florida Investment Real Estate owner Steven Silverman, Florida – which is already the fourth largest state in the country – has long been one of the fastest growing regions in the U.S., and by the next census will surpass New York as the third largest state in population.

Florida’s attractions make it one of the top tourist destinations in America and its weather will always be a selling point for retirees looking to escape cooler climes. As Jerry Seinfeld quipped, “my parents didn’t want to move to Florida, but they turned 60, and that’s the law.”

Silverman also points out there is no state tax for individuals and business structures in the state, making it attractive for entrepreneurial activity. Major changes to the Panama Canal – which will allow container ships to reach Florida in 2014 – will make the state a stopping point for distribution of imports to the Eastern Seaboard. Silverman also suggests major intermodal expansion is being planned for Central Florida.

The recovery in Florida is not happening uniformly across the state. As a top tourist destination, Orlando is starting to benefit from a recovery in tourism-related employment and expansions to Disney World’s Magic Kingdom Park, SeaWorld Orlando, and Universal Studios Florida.

Meanwhile, Miami is experiencing a turnaround in prices, thanks in large part to foreign investment. The Miami Association of Realtors reported a 34 per cent increase to $160,000 in median sales price of condominiums in Miami-Dade County in 2012 over the previous year.

According to Shalimar Santiago, CEO of Investors Adviser’s Network, the hottest market is currently central Florida, from Orlando to the Tampa region, with returns yielding on average 8–12 per cent.

“In the south Florida market returns are less, ranging from 6–10 per cent, but appreciation and prices are much greater. However, it depends on the investor’s appetite for risk and investment goals.”

According to Ellis, about 80 per cent of Canadians buying real estate in Florida are purchasing condos. “With this product, they can lock the door and walk away and not have to worry about the exterior maintenance. So that’s what most Canadians are buying.”

Townhouses are also hot, says Muller, because they have lower monthly fees than condos but you can typically pick them up for around the same prices. Also, the rents tend to be higher and they attract more family-oriented renters than condos do.

She adds: “The areas we recommend our investors purchase in are many of the mid-upper middle class suburbs of Orlando such as Winter Garden, Windermere, Lake Nona and Lake Mary. Vacation rentals are also a very popular option right now for those not as concerned with the short-term return but are looking to win big on the capital gain over the long run.”